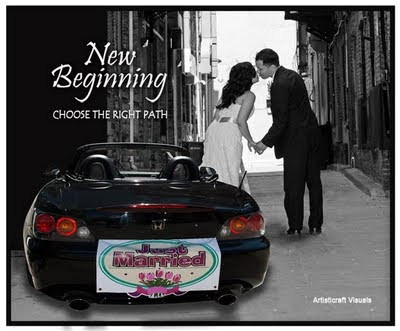 Of all the festivities known to man, it is indisputable that weddings are the most celebrated occasions in the universe, and embraced by people from all walks of life regardless of cultures, race, religions and beliefs.
In a diverse society such as Toronto, weddings come in many forms and colours. To anybody who is photographically-inclined and is genuinely interested in learning about other cultures, shooting weddings could prove to be a rewarding experience.
What I find most interesting about being a wedding photographer is the great opportunity to witness a variety of ethnic groups practice some of their fascinating traditions and wedding rituals that are distinctive from the rest of the world.
Although most young “Canadianized” brides and bridegrooms shy away from their roots, their parents often encourage them to be proud of their heritage and to keep it alive, at least on the wedding day.
In Scottish and Irish weddings, bridegrooms prove that weddings are not just about the brides. The sharp-looking kilts they wear that depict the unique pattern of their clans can also compete with the princess-like dress of their new wives. A Hindu bridegroom, on the other hand, with his sultan-like headdress, can justify the regal greetings that welcome his arrival at the temple. From a non-racial perspective though, most men such as firefighters, police and the military prefer their modern uniforms over the black tuxedo or cultural attire, thereby appearing like knights in shining armour in the eyes of their beautiful brides.
However, there is also the other side of masculinity. In one of the Chinese weddings that I covered, the bridegroom was required to eat two whole hard-boiled duck eggs that symbolized his testicles, for fertility and power. It is also believed that this practice is a statement that marks the man’s ability to reproduce and raise a family.
On the other end of the spectrum, the common concept that brides are generally seen in a white wedding dress is not the case in other cultures. In the Hindu religion, brides are beautifully dressed in vibrant colours adorned with glittering jewels and intricate henna on both hands. They look like royalty and are always a delight to photograph.
As for the Caribbean and African brides that I have shot, they all shared a common timeless-clock. They took their time getting ready and often reached the church in what’s known to many as island time. On their wedding day they’re given the special privilege of the day_ to make everyone wait!
When it comes to arriving on time, the typical Filipina bride would most likely be on the top of the list, but her overcrowded Academy Award-style wedding entourage could easily be labelled as the “Longest Wedding Parade” for its many sponsors joining the march. A priest once whispered to me in a joking way, “When are we going to see the end of this?” His words may sound funny, but Filipinos take wedding vows very seriously as demonstrated in the spiritual symbolisms of the candles, the veil, the cord and the coins. These four symbols that have been injected into the wedding ceremony for many generations all stand for lasting commitment and are probably the best explanation as to why the divorce rate in the Filipino community is extremely low and almost unheard of.
A Greek bride, who equally takes marriage seriously, would mark her departure from her parents’ nest by breaking a wine glass with her foot, at the front door of the house. The broken glass represents her freedom to join the man who won her heart and the symbolic gesture is joyfully witnessed by her parents and siblings.
Near or far, the merriment of weddings always pulls families and friends together. They all come to the happiest and the most emotional family gathering _ the union of two people in love. The interaction of mixed cultures from the lively guests, certainly adds international colours to the joyous celebration of the newlyweds.
With Canada’s multicultural society that is perpetually present in all Toronto weddings that I have covered, I can imagine the possibility of lasting peace among nations if the people of the world can only learn to co-exist with one another, just like the families and friends coming together in a wedding celebration _ in the name of love, commitment, respect and peace.
Posted by MARIO DIMAIN at 10:26 AM